A place for silence

We wish to offer our guests a place for rest and relaxation. Here in the midst of beautiful nature you are greeted by a stunning silence in a calm and peaceful atmosphere, where both body and soul can rest. We wish you could release everyday stress and have a pleasant, relaxing, and completely undemanding stay, if only for a few hours or a few days. 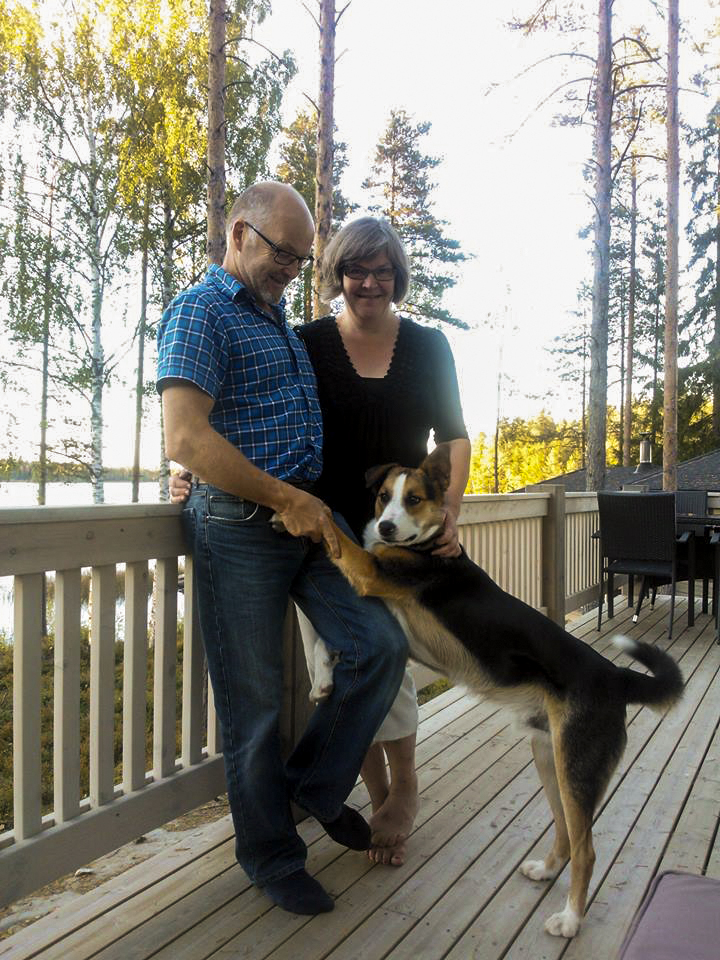 The owners of Emmes Retreat, Ulla-Beth Mäki-Jussila and Henrik Wiik, are a couple dreaming of a stress-free life for themselves as well as others. Now the dream has come true.

Ulla-Beth is a trained family therapist, business coach and relaxation coach. She would like to help people find the courage to make changes, believe in themselves and find the ability to cope with all the challenges that life brings.

U-B began her professional career as a dental nurse, but when the prospect presented itself to study social work, U-B took the opportunity. She graduated in 1995 and then worked for several years in a Mother and Child shelter in Vasa, Finland specialising in dealing with trauma and crisis.

In 2003 she started work at Norrvalla Rehabilitation Centre whilst studying concurrently to become a business coach. U-B worked for several years mainly in the vocational rehabilitation psychosocial department. In 2007 she began studying to become a family therapist and simultaneously founded her own company.

Henrik is a qualified engineer and has operated and run his own construction company since its formation in 1985. His knowledge and experience in planning and construction have proved extremely useful, as he has planned, designed and indeed assisted to build Emmes Retreat.

Henrik is a positive thinker and life philosopher who knows that one’s own attitude is very important in any situation. For years he has enjoyed the literature of Eastern philosophy and in doing so has begun to practice yoga and meditation. He is now a yoga instructor and studying to become a yoga teacher.

Emmes Retreat is an ever growing and creative project and we hope that together with our guests, we will continue to fill the initiative with positive energy, inspiration, love and joy!